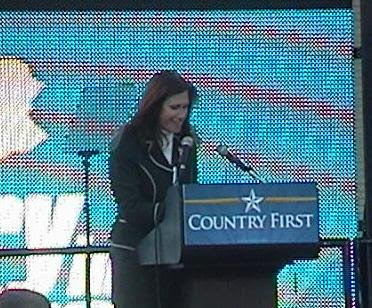 Melissa Hart (R) helped warm up the crowd. She is hoping to win back her seat from Jason Altmire. As much as I want Sarah Palin to be our next Vice President, I want Melissa Hart back as my Representative in Congress! 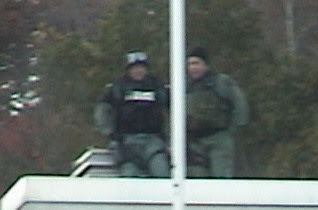 Security was very present. When we went through the metal detectors, I made a point to thank the uniformed members of the United States Secret Service who were manning the screening point. The folks manning the rooftops appeared to be PA State Police SWAT. Thank you to all law enforcement members who keep us and our political office holders and candidates (regardless of party) safe and our Republic sound! 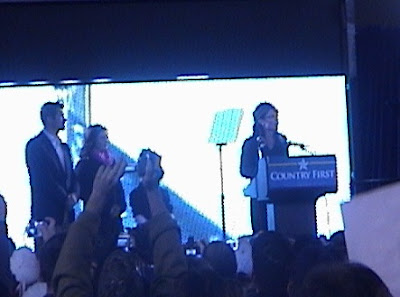 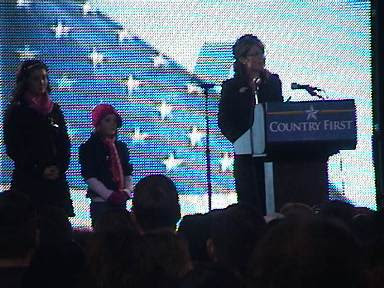 Sarah with Willow and Piper; what a beautiful American family! 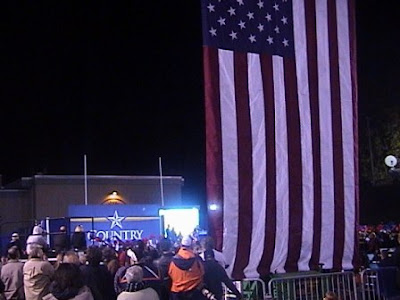 Big crowd! The stands on both sides of the field were full, and the field itself was about 75% covered. There was a large section to the rear of folks who weren't allowed to get any closer because the metal detectors (reportedly) had broken down. Best guess on attendance was 4,000 to 5,000. 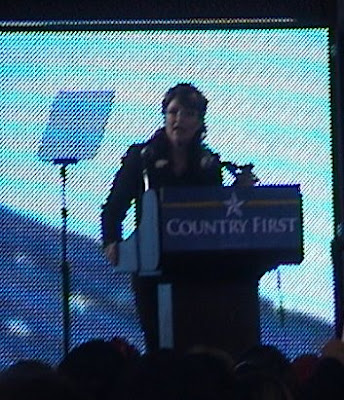 Straight talk from the future 47th Vice President of the United States of America.
Posted by Allan Bourdius at 6:45 PM